The Christmas Concert on Tuesday 11th December formed the pinnacle of a busy festive season.

On Monday, the String Ensemble performed and accompanied carols at the PSNI Carol Service in Christ Church, Lisburn. Over the week we have performed in the Hillsborough Christmas Market and local Care Homes. In terms of pupil numbers, this has been our biggest concert yet with over 300 pupils, almost one third of the school’s population, performing and singing.

The concert opened with a lively rendition of Rudolph the Red-Nosed Reindeer, played by the Wind Band, under the decisive baton of Mr. Briggs. Special mention must be given to Caitlyn Lenfestey and Kathryn Allen who stepped into play percussion at the last minute. After an almost seamless flow of pupils, the Orchestra took their places for a quirky version of ‘God Rest ye Merry Gentlemen’, which featured solos from Matthew Diamond, Krystyna England, Tilly Martin and Andrew Elwood. The String Ensemble calmed the atmosphere with a reflective take on Silent Night, in the arrangement ‘All is Well’. Emma Herd captivated the audience with a sublime performance of Chopin’s Nocturne in C# minor. The school’s Folk Group, which continues to grow every term, featured an effortless vocal performance from Rose McCullagh and enlivened the evening with music from the Chieftains and Lovland. The first half of the concert drew to a close with some toe-tapping music from the Brass Ensemble and a late addition to the programme: Step into Christmas. Angus and Alice Carruthers, Abby Christie, Bethany Au and Max Couhig joined forces for this popular item, which was supported by a large group of cheering year 12s backstage.

Junior Choir were in feisty form when they opened the second half. A brave solo from Charlotte Annett formed an integral part of the programme from The Greatest Showman. After a brief comic moment from Mr. Douglas, the Flute Ensemble presented a poignant adaptation of O Holy Night which led into Aidan Maclean’s carefully crafted performance of Panis Angelicus. Opening with pulsing African rhythms, the Senior Choir’s O re mi was enhanced by pulsing conga drums. The Jazz Band settled nicely into their groove with a noteworthy performance of Don’t You Worry ‘bout a Thing. Ironically, it took many weeks to iron out the rhythms in this famous Stevie Wonder song. Chamber Choir have gone from strength to strength this term and raised their game on the evening with lyrical and thoughtful performances of Lauridsen and Stopford.

We are very thankful to Michael Ross and Mark Morrison, who took photographs and managed the sound on the evening. Mr Timothy, as always, is a welcome addition to so many ensembles. To all our Year 14 pupils, we are especially appreciative for your commitment and leadership within the Music Department. It was a wonderful evening of music making which also raised approximately £1700 for Quaker Cottage. 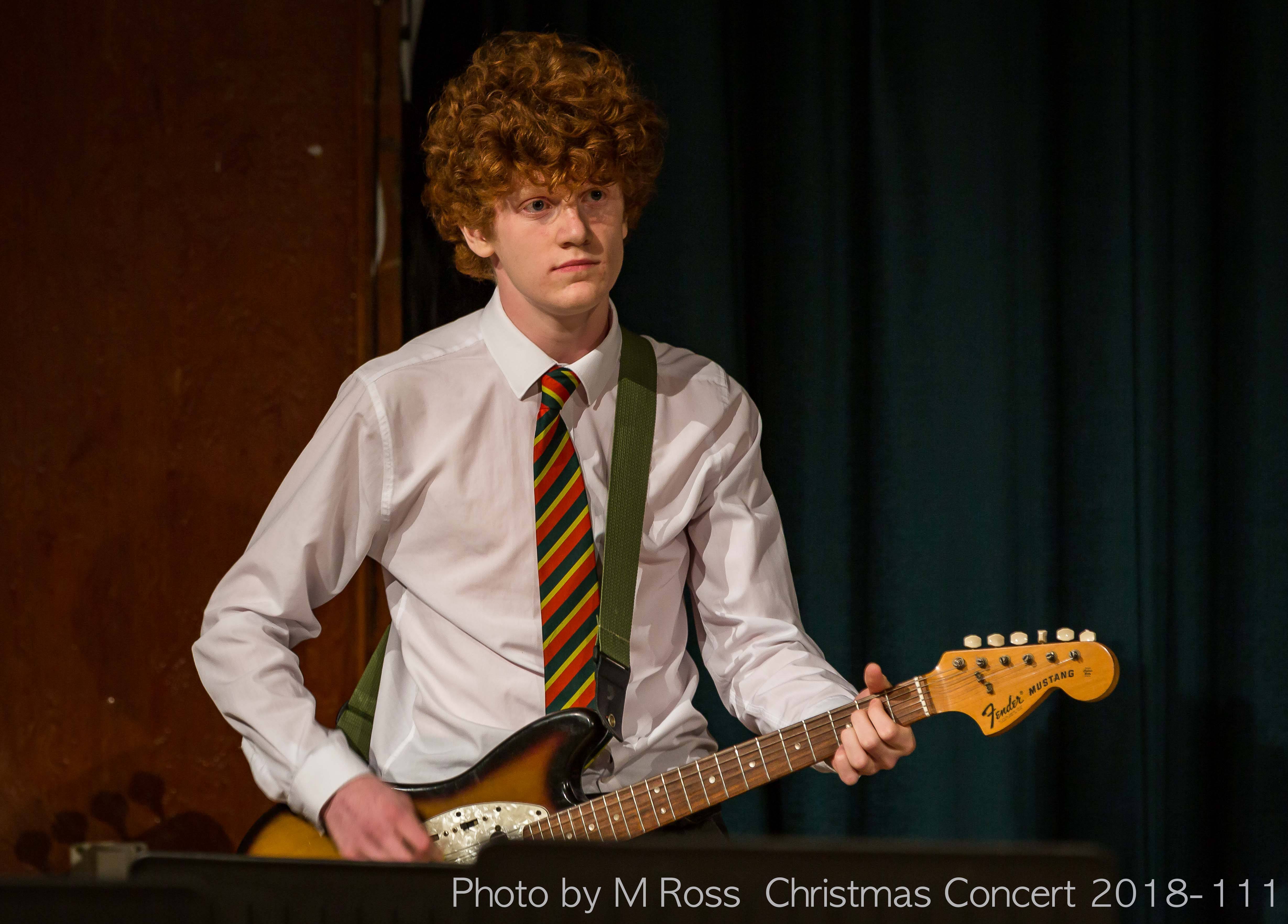